This is a teaching material for reading modern literary language for advanced learners.

There are many clues to the establishment of modern Japanese society in early modern Japanese writings, such as Yukichi Fukuzawa's An Encouragement of Learning. However, the literary language at that time contained vocabulary and expressions that are unfamiliar to international students, making it difficult to understand.

For learners who do not have knowledge of classical Japanese language, this book aims to teach them the basic grammatical rules so that they can read literary texts.

Through reading about modern topics such as basic human rights, war, pollution, politics, and business ethics, this is a study material that allows the learner to understand Japanese from early modern to present day more deeply via learning about modern Japanese thought and studying literary language.

Close reading: Using the grammar knowledge learned in the Grammar section, translate the sentences by yourself. Think about modern society in the wake of problems at the time such as human rights issues and politics.

This book can be used not only by international students but also as an introductory book for junior high school and high school students to study ancient writing and Japanese history.

This book is also the best opportunity to incorporate early modern and modern Japanese history and into lessons. 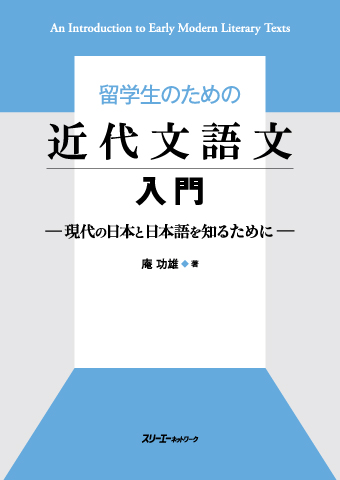